Think back to the most recent downturn in the stock market you can remember. At the time of writing, that was between February and March of 2020. The peak in February was about 3,380 points on the S&P 500 with a trough of about 2,200 in March. That’s a massive drop of about 35%! Did you think about bailing out? Not even six months later, by early September, the S&P 500 was back to its highs. Company bankruptcies have been the highest since 2010. Cautious investors would have avoided bankruptcy risk with a well-diversified portfolio of index funds rather than individual stocks. But there’s more to it than simply keeping a diversified portfolio. You need to be a disciplined investor as well.

I was just reading an anecdote about an investor’s experience with the current bear market. In the spring, they saw the United States with:

How did they respond?

I panicked, sold it all, went to US Treasuries, lost about $300K (compared to doing nothing). I’m still not fully back in the market. Don’t be like me.

Their decision to sell and move to safer investments was driven by a rational fear of what was happening in the economy at the time. In hindsight, it’s easy to look back and see their decision as the wrong choice. But, it’s possible the market could have kept going down. Perhaps they would have bought back in at an even lower point. Presumably, that was their intention. But, disciplined investors don’t try to time the market.

This is an attempt to “catch a falling knife”. As the stock market is dropping, it’s difficult to know if you’re already at the bottom or if there’s a long way down to go. Making the wrong decision will leave you bleeding even more money than had you merely rode it out.

On top of that, there’s a very strong desire to protect your assets once you have them.

The pain of potentially losing enough money to greatly affect your lifestyle might be greater than the upside potential of building your wealth.

If you had a million dollars and I gave you a 51% chance of doubling it, would you? Statistically, you should.

But perhaps $2M isn’t really “worth” twice as much to you as $1M. This is where we veer into the marginal utility of money: that first million dollars might cover your core expenses while that second million just adds (mostly unnecessary) luxury. It’s similar to the marginal utility of income: once you hit a comfortable salary, you’re probably more reticent to take a higher income in exchange for more stress or loss of work-life balance.

It’s understandable why rational folks who are well aware of the stock market history will sometimes make irrational decisions to defend their nest eggs. Once we reach the point of “enough”, we want to protect it.

Does timing the market work?

We know from a variety of studies that timing the market is nearly never worth it. In fact, if you had a crystal ball and could perfectly time the low point of each year over a twenty year period and dump all your investment cash in at those moments, the upside might only be about a 7% gain in total!

Schwab ran a study about marketing timing with this hypothetical using historical values and found just that: perfectly timing the market with lump-sum purchases for an individual year makes a very small difference in the longterm.

Timing the market vs Dollar-cost averaging

A common recommendation for the disciplined investor is to dollar-cost average into your investments. With a routine purchase of investing assets over time, you’ll capture the peaks and troughs of the asset value. That’s dollar-cost averaging. You don’t have to think much about it, you can automate the whole process. It’s represented by number three in the list of approaches for Schwab’s study.

It seems counterintuitive: if you invest your assets as soon as they’re available, don’t you run the risk of those assets greatly depreciating tomorrow rather than averaging into them over time? If you sold your primary residence and downsized, and want to invest the proceeds, should you invest the entire balance immediately?

The study suggests that our common recommendation to the disciplined investor should be to invest immediately.

While Schwab’s study yielded an excellent comparison of different investing approaches for a variety of periods, it’s a bit outdated going on 7 years since the last data point. I decided to create my own version of their analysis but with stock market data up until the end of 2019.

In my study, the different strategies were given $10,000 per year to invest in the S&P 500 as an index fund. Their ending wealth is displayed in the chart above.

Schwab’s five stock market investing approaches study ended in 2012. The study covered 68 twenty-year periods beginning in 1926. Nearly every time, sticking with treasuries would provide the worst result (although better than hiding money under your mattress!). But what about the most recent 2000-2019 year period?

I conducted my own analysis to determine if the rankings of the different approaches still hold up. I did not include treasuries in this analysis. You can check out the Google Sheet I created to calculate this data.

Overall, the returns are about as expected: 7-8% for investing immediately or dollar-cost averaging. Perfect market timing brings it up to a bit over 9%. Buying on the highest trading day of each year would yield a return of a bit under 7%.

I wasn’t surprised to find that the stock market strategy that worked best remains perfectly timing the market. It beat out investing immediately by nearly $90K or about 18%.

That’s nearly double the cost for the poor market timer!

Despite the huge cost difference in that single year, volatility flattened in the ensuing years and the range between perfect and terrible timing decreased. The overall difference in ending wealth wouldn’t make or break your retirement. Dollar-cost averaging remained nearly equal to investing immediately.

Behavioral Finance and the Disciplined Investor

While a broad discussion of behavioral finance is outside the scope of this article, you should understand some key aspects of the field and how it relates to the stock market. Most importantly, how biases relate to the decisions you’ll make with your investments.

During the Great Recession of 2008-2009, I made the boneheaded move to sell most of my investments (which, even worse, were in individual stocks). I feared that the stock market drop during the recession was only the start of a larger economic collapse which might just bring even more of my investments to zero. Not unlike TA201903200630 during the 2020 collapse, I saw all the headlines about how the economy was crashing and became convinced it was only going to get worse. I wanted to get out while I could with some value left and reinvest when things were even worse.

I wanted to try to catch that falling knife.

In reality, the economy started recovering quite soon after I made my sales and I never had the opportunity to get in at a lower price than what I sold at.

Events like the Great Recession or the recent 2020 recession are black swan events. They’re incredibly unlikely, you can’t avoid them. There’s no sense in beating yourself up for “missing” them. The best way to mitigate them is to understand they’ll happen and not get out of your investments once you’re in one. If you do, you’ll likely wind up in the same position as TA201903200630 recently or myself during the Great Recession.

The S&P 500 lost about 35% in early 2020 as we already discussed. If you had $1M invested, you could have avoided paper losses of about $350,000 by jumping to savings accounts at the peak in early 2020. That assumes you would have needed to use the money during the trough in the Spring and sold, of course.

Would you beat yourself up for missing that opportunity, too? Either one means a $350,000 difference on your $1M.

In a numerical sense, $350K is $350K. But losing it might mean more to you than simply not gaining it. Loss aversion is the greater weighting of avoiding that decrease in your investments versus trying to maximize upside. While I think this makes psychological sense because the utility of wealth decreases as it grows, it’s something that you should understand may affect your investing decisions. It’s an inherit, internal bias.

Attributes of a disciplined investor

Assuming you don’t have a crystal ball to know exactly when to make your investments, going with a routine strategy of investing money as soon as you can is likely the simplest and produces an excellent return inline with historical averages.

The investment behavior gap is the difference between the expected, statistical value of your asset allocation and the actual real value of them once you factor in your investment decisions. The behavior gap increases when you make poor decisions with your investments like attempting to time the market. Your underlying asset’s performance hasn’t changed, you’ve just made it worse through your behavior.

– That money invested would pay for college tuition for my 2 children just about anywhere for 4 years when they turn 18.
– That loss will likely push off my retirement by 3-5 years
– Or if I keep the same target date, I will have to spend about $25K/year less in retirement.
– Or I could have just quit my job, bought a yacht, and sailed the world for the last 5 months and have been better off.

Be a disciplined investor: mitigate the behavior gap in your investments by following a plan of routine investing, early and often.

What bad decisions have you made which are explained by the behavior gap in your investments?
What attributes of a disciplined investor do you think are the hardest to follow? 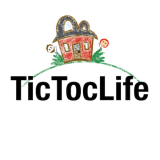 He reached financial independence in 2018 with $1.2M and two businesses. He began the process of transitioning to early retirement in 2020.

Great post! I love this term – behavior gap, hadn’t heard it before. Like you said, we are so risk averse (most likely on an innate level) that this concept of not panic selling seems to be a difficult fundamental to instill in new investors.

Very similar ideas to the study done by Psychologists Kahneman & Tversky. Have you read that one? Participants in their study were faced with the following coin toss game: if you flip a coin and get tails, you lose $10 – How much money would you need to win by getting heads in order to commit to the game? They found that on average, participants said $20 – double what you would lose. In order for us to take a chance with a potential loss, the reward has to be twice as much as the loss. We hate the consequence of losing more than winning.

Hopefully new investors read your story (not just this post) but the others about your ’08 panic sell and can learn from you! I appreciate your candor and ability to share your mistakes and biggest lessons learned from them! Makes your posts that much more interesting and relatable!

Hey Liz! Thanks for stopping in. 🙂 Glad you enjoyed it!

I’ve very familiar with that study along with several other behavioral economics concepts as I happen to be reading “Misbehaving” by Richard Thaler right now. He uses Kahneman & Tversky’s various experiments and studies in a variety of ways throughout the book to build up a cohesive explanation and story of behavioral economics. It’s terribly interesting if you like studies like the one you mentioned.

That specific coin game (along with several other such experiments) were one of the things I was thinking about with this post. I’d like to dig into more behavioral economics concepts, like the behavior gap, in future posts. I find it fun to think about!