Playing with FIRE is an engaging documentary that introduces the concept of financial independence that will leave the audience wanting to know more. Much of the focus is on Retire Early, which is the second half of FIRE. We’ve written up an FAQ about FIRE if you’re unfamiliar, but the spark for your own ember will certainly be lit by a viewing of this film.

The film’s director, Travis Shakespeare, said that through this film he hoped to change lives by starting the difficult conversation about finances that people are unwilling to have. He wanted to make an entertaining film and get people to start talking.

What is Playing with FIRE About?

The film follows a couple, Scott and Taylor, for one year while they learn and practice the rules of FIRE. The film tries to leave nothing out to really show the viewer what it takes to follow in the pathway of FIRE.

The couple starts by reevaluating their needs and what things really make them happy. Scott and Taylor begin at an early on their first steps to financial freedom. Then they discuss how the FIRE concepts could improve their lives and their process of working through each step. The audience watches as they have hard conversations and struggle through making big changes.

The couple starts working to cut their spending, crucial to live below your means.

In the end we get to see their results and what changes stuck with them. In just over and hour, we get a little glimpse of a true pathway to FIRE.

An Introduction to FIRE

Everyone likes movies, but no one really likes talking about money. By showcasing FI concepts in a film, it makes it easier to bring newcomers to the FIRE arena. It also helps demonstrate FI to friends and family.

Often, we think those around us will understand the right financial moves to make simply because we are doing so. However, it’s likely they haven’t really been paying attention to you and your FI moves.

Sharing the film with others can spark conversation about personal finances and encourage others to make changes. The director shared several stories of his crew learning about the concepts of FIRE during production. They took these ideas home and made big changes to their own lives to improve their FI.

For those who are already familiar with FIRE or are actively engaged in the community, the film is a good reminder of why we are choosing this pathway and the similar struggles we all share. We can relate to the couple and maybe even learn something new. The interviews throughout the film introduce leaders in the community that can provide additional insight and resources for FIRE.

A Woman’s Perspective on FIRE

After watching the Playing with FIRE documentary, I thought it showcased some of the more difficult things regarding the FIRE movement. It showed how hard it can be to talk about money even with your own spouse. The film tried to capture the couple’s difficult conversations even when they barely felt comfortable talking with each other, let alone on camera.

They discussed how they had been following in the same old footsteps of everyone else and it wasn’t making them happy. Although it took a little bit of convincing, Taylor finally saw that the big beach house and the fancy car wasn’t making her happy. They were just creating lifestyle creep.

I think a really important part of FIRE is to self reflect on what truly makes you happy. Making a list of the top 10 things that make you happy is a good start.

Most will come to realize that it is not ‘fancy things’ that are the key to happiness. This doesn’t mean all luxuries are out the window, but there will be compromises. In the end, the goal is to have a lot of elements—whether things, experiences or people—that make you happy.

Communication about Finances in Relationships

This film really highlights the importance of communication, a fundamental element to any healthy relationship. Scott and Taylor didn’t seem to be on the same page at first regarding their financial future. It seemed that Scott brought this idea of FIRE to Taylor and had to convince her it would be a good idea. It took her a while to get on board.

Her hesitation shows throughout the story and she seems less willing to make certain changes. She seems more emotionally attached to her normal life and gets upset when things don’t seem to be improving. She doesn’t get why she is living the way she is and still can’t afford the house she is compromising for.

Accepting and wanting to follow the pathway of financial freedom is a big step and can be a major roadblock if a couple is in disagreement. By watching a film like this, or listening to a FI podcast, it may start a financial conversation. Together, you need to develop common goals (like an early retirement plan) that you are both willing to work for.

Too Many Changes to Life at Once

Scott tries to cram too many changes into one year.

By doing so, they are able to dive right into a lot of the FIRE concepts, test them out, and make big changes. But it doesn’t always end well.

By capturing their steps on film it appears that Taylor is being forced to change her life completely around and she puts up a little fight. FIRE doesn’t have to be this extreme all at once.

For someone new to the conversation, this might actually be a turn-off. It seemed that they hadn’t yet gone through the introductory steps most do when approaching FIRE, like tracking and automating your finances. Making this many drastic changes at once could seem impossible. Just having all the necessary conversations to get started into FIRE would be hard to have in just one year.

The couple also broke from their current life in a pretty major way, leaving behind their city for a big move to a lower cost of living area. They also left the career tracks they were on, generally. They could have perhaps made a smaller move to a form of part-time work as a more gradual change, though Scott could still do a lot of remote work.

Although it would not make for an entertaining film, the better way to really start a fire is to talk about it, then make small changes that lead to a different lifestyle.

Our Evening Playing with FIRE

We were lucky enough to reserve tickets to the sold-out screening of Playing with FIRE hosted by Brad Barrett and Jonathan Mendonsa from the podcast ChooseFI.

With the help of local and national volunteers, they turned the screening into a full evening event. They started with a presentation, This is FI, to introduce the general concepts to the audience. The organizers had a Q&A session with cast members following the screening. They even organized an after-party which brought the FIRE community together and continued the conversation.

For me, I was excited to go out on a date night and learn more about FIRE. At the time, I wasn’t fully grasping all the FI concepts and wanted to know more. We were still working through hammering out how to save money at the grocery store. Apparently others wanted to learn more too. The theater was completely full with over 500 people gathered from all over the US to learn about FIRE.

I found myself searching the audience looking to see if there was anyone I knew. There were people of all ages. They were probably doing the same thing I was.

Sometimes I feel like an outcast, someone who is not following the rules of life. It was neat to see so many people interested in FIRE, with like minds, building the FIRE community.

The documentary includes loads of interviews with well-known faces within the FIRE community. It was great to see so many of them on film and hear their voices put to words.

They did an excellent job of really bringing together the bloggers, podcasters, and writers behind the FIRE movement. There is decades of FIRE history and growth represented in these appearances.

The Playing with FIRE Documentary introduces one pathway to financial freedom to a broad audience. For those who were intrigued to know more, it provided them with an example of one couple’s journey on the path to financial independence.

If you know someone who is:

The documentary Playing with FIRE might just fit the bill.

Reviews Around the Web

The overall ratings of this film are generally very good.

The comments typically LOVE it or HATE it.

Where can you Stream Playing with FIRE?

Were you able to see a screening of the film or have you caught on the small screen since?
What happened when you shared this film with someone unfamiliar with FIRE? 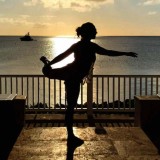